Baa Atoll Education Centre’ is the first Government school in the atolls and has been functioning as the Model Atoll Education Centre for the last 24 years. It was inaugurated by the then Minister of Education, Honourable Abdul Sattar Moosa Didi on 24th February 1978. It was established with the objective of universalizing primary education beyond Male’. The school which began with 58 Students and 3 teachers has grown considerably since its establishment. Enrolment has reached to a spectacular figure of 1127 with a staff of 106.
Today the school remains as a representative of the Nation, as it accommodates pupils from all over the country. The growing enrolment of other island students shows the trust and belief of the people on the quality of education imparted at Baa Atoll Education Centre.
History in brief
1976 – Foundation laid in collaboration with the UNICEF

1997 – Another expansion of buildings – A World Bank Grant – opened a building with four class rooms and a room for a computer laboratory.

2000 – Another expansion of buildings – a three storied building with three science laboratories and six class rooms.
– Appointment of the first principal of the school.
– Achieved the Best Educational Performance in the country.

2002 – BAEC became the first and the only school to have grades one to twelve in Maldives.
– The best school in the performance of Cambridge Exam 2002 of category 4 (secondary students 200-500).
– Changed the O/L curriculum to Cambridge Examinations.

2003 – Proudly celebrates the 25th Anniversary (The Silver Jubilee of BAEC).

2004 – School Network launched with a File Server; The Internet facility was given for staff and students.

2005 – Scholarships given to A level students; 24 Hrs Broadband service was granted by the Minister for Atolls Development, Mr. Waheeduddin as a gift for BAEC. 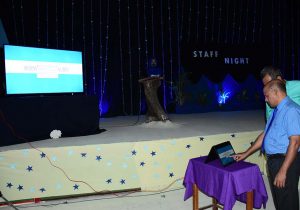 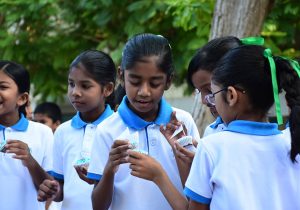 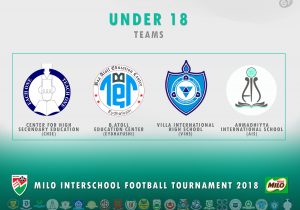 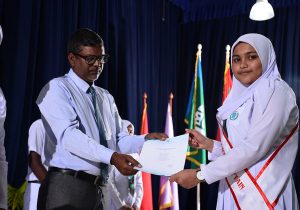 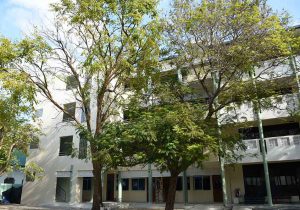